Here at The Henley hearing clinic don’t really go around saying we are the best hearing centre in Bucks all the time, but we do like to think we are one of the best.

We offer the most up to date tech for getting your hearing back to a liveable level that you will really notice. We also offer ear wax removal using the very gentle Microsuction Technique or the traditional water ear irrigation technique.  As we are the leading audiology clinic in the area we do have the very latest in hearing tech and digital hearing aids.

Brainwave Abnormality Could Be Common to Parkinson’s Disease, Tinnitus, Depression

A brainwave abnormality could be a common link between Parkinson’s disease, neuropathic pain, tinnitus, and depression—a link that authors of a new study suggest could lead to treatment for all four conditions.

Dr Sven Vanneste, an associate professor in the School of Behavioral and Brain Sciences at The University of Texas at Dallas, is one of three authors of a paper in the journal Nature Communications regarding thalamocortical dysrhythmia (TCD), a theory that ties a disruption of brainwave activity to the symptoms of a wide range of neurological disorders, The University of Texas announced. 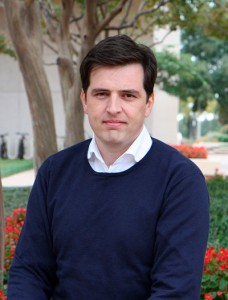 Dr Sven Vanneste, associate professor in the School of Behavioral and Brain Sciences.

Vanneste and his colleagues—Dr Jae-Jin Song of South Korea’s Seoul National University and Dr Dirk De Ridder of New Zealand’s University of Otago—analyzed electroencephalograph (EEG) and functional brain mapping data from more than 500 people to create what Vanneste believes is the largest experimental evaluation of TCD, which was first proposed in a paper published in 1996.

“We fed all the data into the computer model, which picked up the brain signals that TCD says would predict if someone has a particular disorder,” Vanneste said. “Not only did the program provide the results TCD predicted, we also added a spatial feature to it. Depending on the disease, different areas of the brain become involved.”

“The strength of our paper is that we have a large enough data sample to show that TCD could be an explanation for several neurological diseases.”

Brainwaves are the rapid-fire rhythmic fluctuations of electric voltage between parts of the brain. The defining characteristics of TCD begin with a drop in brainwave frequency—from alpha waves to theta waves when the subject is at rest—in the thalamus, one of two regions of the brain that relays sensory impulses to the cerebral cortex, which then processes those impulses as touch, pain, or temperature.

A key property of alpha waves is to induce thalamic lateral inhibition, which means that specific neurons can quiet the activity of adjacent neurons. Slower theta waves lack this muting effect, leaving neighboring cells able to be more active. This activity level creates the characteristic abnormal rhythm of TCD.

“Because you have less input, the area surrounding these neurons becomes a halo of gamma hyperactivity that projects to the cortex, which is what we pick up in the brain mapping,” Vanneste said.

While the signature alpha reduction to theta is present in each disorder examined in the study—Parkinson’s, pain, tinnitus, and depression—the location of the anomaly indicates which disorder is occurring.

EEG data from 541 subjects was used. About half were healthy control subjects, while the remainder were patients with tinnitus, chronic pain, Parkinson’s disease, or major depression. The scale and diversity of this study’s data set are what set it apart from prior research efforts.

“Over the past 20 years, there have been pain researchers observing a pattern for pain, or tinnitus researchers doing the same for tinnitus,” Vanneste said. “But no one combined the different disorders to say, ‘What’s the difference between these diseases in terms of brainwaves, and what do they have in common?’ The strength of our paper is that we have a large enough data sample to show that TCD could be an explanation for several neurological diseases.”

With these results in hand, the next step could be a treatment study based on vagus nerve stimulation—a therapy being pioneered by Vanneste and his colleagues at the Texas Biomedical Device Center at UT Dallas. A different follow-up study will examine a new range of psychiatric diseases to see if they could also be tied to TCD.

For now, Vanneste is glad to see this decades-old idea coming into focus.

“More and more people agree that something like thalamocortical dysrhythmia exists,” he said. “From here, we hope to stimulate specific brain areas involved in these diseases at alpha frequencies to normalize the brainwaves again. We have a rationale that we believe will make this type of therapy work.”

The research was funded by the National Research Foundation of Korea(NRF) and the Seoul National University Bundang Hospital.

Image: University of Texas at Dallas